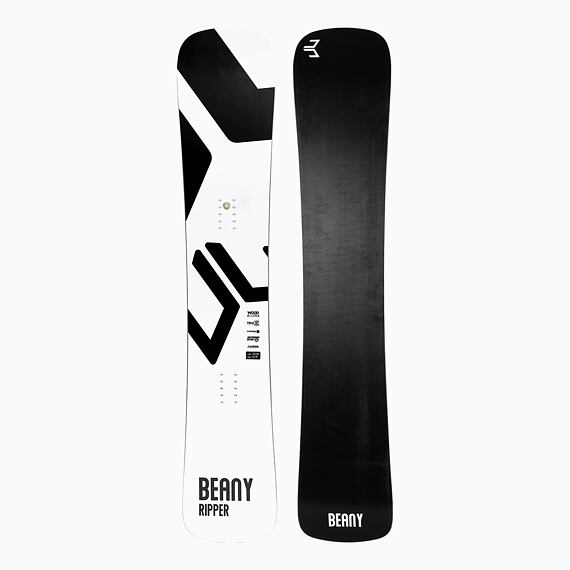 The boardercross special Beany Ripper WS is uncompromising on difficult boardercross tracks as well as lengthy slopes. Ripper is a great choice for the lovers of long and cut turns who do not want to give up the comfort of soft snowboard boots.

G40 wood core with added carbon sheets to achieve the optimal combination of rigidity and dynamics. Triaxial laminations exceed the torsional rigidity of the snowboard. The ICP 7500 SINTERED base is the fastest variant you can have on a snowboard. The edges are ground to 88 ° -1. Linear fine structure (small 0.3 mm fine scratches on the base). Carbon layer - necessary vibration reduction and strength. Larger radius than on classic snowboards - allows you to turn better at higher speeds, the board holds better on the edge and does not shake. The structure on the base guides the snowboard better and drains the water from the bottom of the base to the outside. Narrower foot with less bend - does not brake while driving. The position of the foot in the back of the snowboard (so-called backstance) - in contrast to the classic position in the middle, helps to improve handling and much greater safety when riding. For racers: the white color of the surface reflects the sun's rays, so the snowboard does not heat up so much and retains wax better.

This product currently has no reviews.